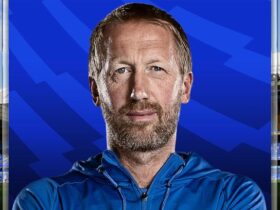 Tough debates on which is bigger, the champions league or the World cup were as inconclusive as which player is better Kanu Nwankwo or Jay Jay Okocha.

When you hear the choir singing ‘these are the champions…’ you know something is about to happen, you know it’s the champions league, you see clips of Zinedine Zidane’s sublime kick that year, it’s not when Borussia Dortmund and Monaco are playing (fantastic clubs with all due respect) but the champions league is when Real Madrid is slugging it out with Manchester United (of those days when the British Knight was in charge) when AC Milan were flogging Barcelona lead by Paolo Maldini and when Barca are squaring up against the pensioners Chelsea, this is Champions League, this is football at it’s peak.

The gods had been crazy with the Barca/Chelsea fixture till the Drogba inspired Blues decided to say enough was enough.

How else do you explain two teams meeting themselves four times in a space of six years as if its Nigeria versus Argentina in the world cup (we will table this case later) and when they meet, something always goes ‘wrong’ maybe Talisman Drogba is red carded or 3-0 turns to 3-2 with the blink of an eye, enough drama building up to the 2009 encounter where penalty cases where ignored like it’s a Herdsmen case not once, not twice, not even thrice in one match and then a red card shown to the same team, I read Tom Ovrebo (I can’t forget that name) admitting few days ago that he made blunders refereeing that match that night, we had thought we needed to be re-schooled on the rules of the game no wonder Ballack almost beat him up that day, even clear hand ball situations were ignored and Barca when ahead to win the match on away goals after that unforgettable dying minute bullet from Iniesta, played and defeated Manchester United in the finals that year, I can remember Cristiano Ronaldo (then for ManU) referring to Barca after their defeat that “they weren’t supposed to play in the finals” spot on, Chelsea was supposed to play in that finals with the Red devils that day but Ghana were also supposed to play in the semifinals of the 2006 World cupif not for the ‘everlasting’ hand of Suarez for Uraguay.

It was in 2012 that all this ‘nonsense’ stopped. Caretaker Coach Roberto Di Matteo was right “We need to be perfect in two legs to beat Barca” that was exactly what happened starting with the first leg in Stamford bridge ending 1-0, perfect score – get an advantage slim enough to leave the game open for your own good and then more importantly don’t concede an away goal, even one could be dangerous. When it was time for the return leg in Spain the objective was –don’t loose, at least not more than a goal difference no matter the score line – indeed 0-0 was fine, 1-1 was okay and so was 1-2, score as much as you allow them so even when the Penalty king was awarded a spot kick in second half with scores at 2-2 Michael Ballack could tell Ashley Cole “don’t worry if he scores it we will score another one” ofcourse they had done that when in first half the scores was 2-0 against Chelsea and people thought that was just the beginning of rains of goals from the Puyol led team but Ramires and Torres balanced up the scores, even the ‘Ovrebo’ of that night still tried his best, questionable calls, red carding Captain John Terry in the first half even up to awarding the player who hardly misses a penalty kick one but the match ended like one that had already been played in heaven with Chelsea managing only 25 percent of ball possession as against Barca’s 75 and the blues scoring two goals from the only two goal attempts they had throughout the match as against Barca who scored the same number after 25 attempts. It was indeed two perfect matches.

Today, for Chelsea there is no Drogba, no Fernado Torres, no Terry, no Ballack or Cech who has never allowed Messi score against him, there will be no Di Matteo in the stands to organized the same ‘perfect matches’ but Messi will still be flying to London and playing in front of Iniesta, will the gods still be crazy? will Ovrebo re-invent himself?????

Whatever, it’s another spectacle, another thriller, another movie. It’s another Champions League.