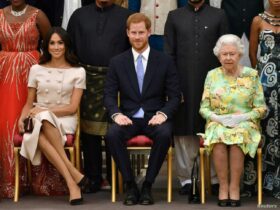 Between Love & Family – Where to draw the line

If you know me on this space then you know I hardly comment on social, political, religious or even people’s personal issues.
However, this trending story of Sammie Okposo’s infidelity and people’s reaction is something I cannot keep silent on.
First, I feel it was wrong for a family “private” matter to have been brought to the public. Mr. Sammy could have apologized to his wife, who is the most important person, privately. Why do it publicly? It could be because he is being strong armed by the third party, just like the case of Tiwa Savage.
Also read:

Another shocking thing is the comments from people who obviously create an idol off their so called ministers of God. Who told you they aren’t humans like you? So because they chose to be servants of God, then they have immorality proof?
Sammie Okposo is a man like every other man. While I do not support infidelity, I also do not judge nor crucify those who might have it as a weakness.
Nobody has monopoly of holiness, we sin differently…las las sin na sin and only God gives righteousness as a gift.
Also read: